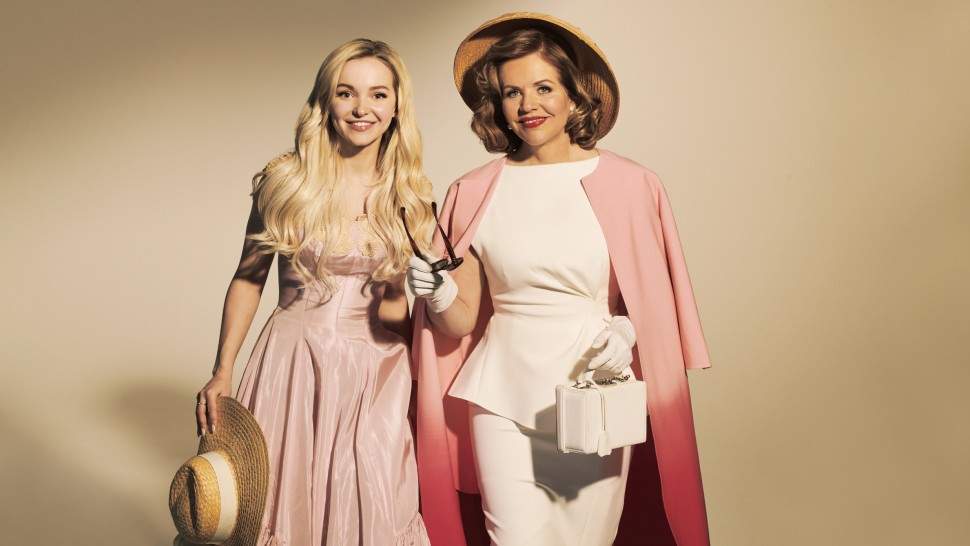 The Light In The Piazza

Scenario Two are proud to announce that their debut production will be the London Premiere of the dazzling musical The Light in the Piazza. With a book by Craig Lucas and music and lyrics by Adam Guettel, The Light in the Piazza is a touching and heartwrenching love story set in Florence during the summer of 1953. It has been described by the New York Times as having “the most intensely romantic score of any musical since West Side Story”.

It will be performed on the stage of the Royal Festival Hall for twenty performances only in the summer of 2019, with a 40-piece symphony orchestra and an all-star cast.

This new production will be directed by multiple Olivier Award-winner Daniel Evans and performed by opera superstar Renée Fleming and film and television star Dove Cameron – both making their London stage debuts in a once-in-a-lifetime theatrical event with the Orchestra of Opera North performing on-stage conducted by Kimberley Grigsby.

Four-time Grammy winner and Tony nominee Renée Fleming makes her long awaited London music theatre debut as American Margaret Johnson. Dove Cameron makes her UK debut as Margaret’s troubled daughter Clara; she is best known for her role in Disney’s The Descendants trilogy, recently starred as Amber von Tussle in NBC’s Hairspray Live! and is currently starring as Cher in the Off Broadway production of Clueless: The Musical.

The Light in the Piazza’s rich emotional score sets it apart from recent Broadway musicals. Unapologetically lyrical and romantic, it transports us into the world of Margaret Johnson and her daughter Clara. As they take in the wonders of Florence, a fateful gust of wind whisks Clara’s hat into the hands of local dreamer Fabrizio Naccarelli. It’s love at first sight, but Clara isn’t quite what she appears and soon they must all confront a secret that’s been kept in the shadows for far too long.

Scenario Two is a new company founded by John Berry and Anthony Lilley to focus on commercial theatrical production in London, the rest of the UK and internationally. It is based on Berry’s critically-acclaimed ENO model of bringing together the very best talent from the world of opera and musical theatre, with top performers and creatives from other industries such as film, television and theatre. Following its London premiere The Light in the Piazza will tour major venues in North America and Australia.

“The score of The Light in the Piazza is sensational and we are thrilled that audiences will hear this London premiere in a new expanded version for full symphony orchestra. By bringing together a cast from different genres we hope to appeal to a wide audience and make this limited run of performances a ‘must see event’ before it travels to the USA.”

“I’m delighted to be a part of the London premiere of The Light in the Piazza. Adam Guettel’s score is ravishing, reaching beyond the boundaries of how we think of musical theatre. For my London theatre debut, to play Margaret Johnson—a fascinating, deeply human character whose predicament I find incredibly moving—this was an opportunity I couldn’t resist.”