John Berry and Anthony Lilley formed Scenario Two in 2017 and are internationally recognised for their award-winning work in opera, musical theatre, scripted TV drama, film and innovation in the latest digital media.

Scenario Two believe that musical theatre can share universal stories and move and entertain popular audiences as no other medium can, and that audiences recognise and respect quality above everything.

During John’s time as Artistic Director at ENO he collaborated with the Grade-Linnit Company to produce the critically acclaimed star-driven musical theatre projects, Sweeney Todd with Emma Thompson and Sunset Boulevard with Glenn Close at the London Coliseum. Summer 2019 saw Scenario Two’s first independent production, The Light in the Piazza with Disney star Dove Cameron and opera legend Renee Fleming at London’s Royal Festival Hall which travelled to Los Angeles Opera, Chicago Lyric Opera House and is scheduled for the Sydney Opera House in 2022.

Scenario Two’s focus is on musical theatre and we collaborate with leading global talent from across the widest range of art forms and are currently developing four major international musical theatre projects. 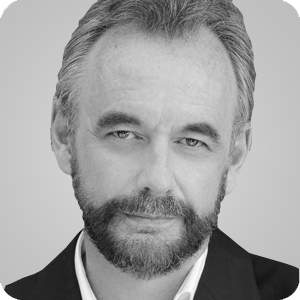 John is a globally-renowned artistic leader. As Artistic Director of English National Opera from 2007-2015 his work with international opera houses and leading directors won 15 Olivier Awards as well as RPS and South Bank Show Awards and has been seen in dozens of countries. John pioneered international co-production models in opera and remains at the forefront of the field as Creative Advisor to the Bolshoi Theatre.

Anthony is an entrepreneur, strategist and producer with experience in online media, TV, games, live to screen, theatre and opera. His work has won BAFTA, Peabody and RTS Awards. He founded one of the UK’s first digital media production companies and has worked on global commercial media brands including Top Gear and as a non-executive on £1b+ businesses. He is non-executive chairman of international film studio group, The Creative District Improvement Company. 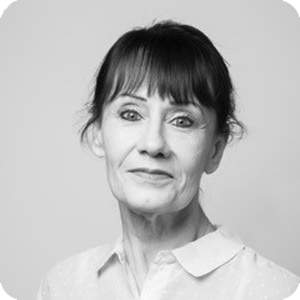 Terri-Jayne joined Scenario Two in 2018 and is one of the most experienced producers in the business. Born in Melbourne Australia, she grew up in Brisbane where she studied for a Bachelor of Music at the University of Queensland, after which she was awarded an International Rotary Foundation Scholarship to study Arts Administration at City University, London. Terri-Jayne started her career in opera administration at Glyndebourne Festival Opera before joining the Royal Opera House where she was Opera Company Manager (1989-1997), and then in 1999 she joined the Senior Management Team at English National Opera as Production Controller, assuming responsibility for the Production Departments and workshops. During John Berry’s time as Artistic Director at ENO he appointed her Producing Director and together they collaborated on many operas developing increasingly high artistic standards and numerous coproduction partnerships with international houses. As Producing Director at English National Opera, she was responsible for large-scale events, cinema relays and directly delivered dozens of award-winning productions with directors including Terry Gilliam, Anthony Minghella, Richard Jones, Deborah Warner, Dmitri Tcherniakov and David Alden.  Terri-Jaynes’s many other credits include Sweeney Todd, Sunset Boulevard and Chess. 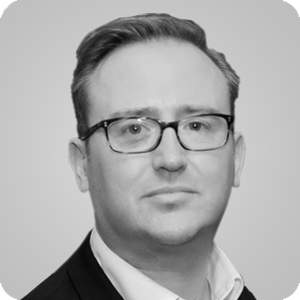 With over 25 years’ experience in theatre marketing and ticket sales, Matthew has headed the sales and marketing arm of some of the UK’s top cultural institutions such as the Royal Opera House, English National Opera, Andrew Lloyd Webber’s Really Useful Group, SEE Tickets and the advertising and marketing agency Dewynters. Musical productions include: Evita, The Sound of Music (London and Toronto), Joseph and his Technicolor Dreamcoat, Priscilla Queen of the Desert The Musical, The Phantom of the Opera (London and Las Vegas), Love Never Dies, The Wizard of Oz, Ghost the Musical (London and Broadway), Sweeney Todd and Sunset Boulevard at the London Coliseum. 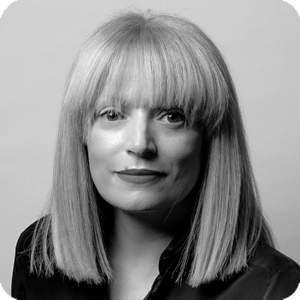 Myriam is a producer and respected entrepreneur with experience in content development in the fields of performing and visual arts, film and publishing. She has worked with a wide variety of investors, including VCs / Angel and corporates, crowdfunding and philanthropy, delivering value to both productions and their shareholders. Since 2011, she has produced three art house films and acted as manager and producer to a number of high-profile artists such as Michael Nyman, Jocelyn Pook, Jan Fabre; Martha Fiennes, Ken McMullen and Jody Shapiro  amongst many others.  She has previously chaired the International Collectors’ Forum, sat on the board of the Contemporary Arts Society and led the Signy and Olaf Willums Foundation in Provence, France, awarding annual residencies to outstanding artists and performers.