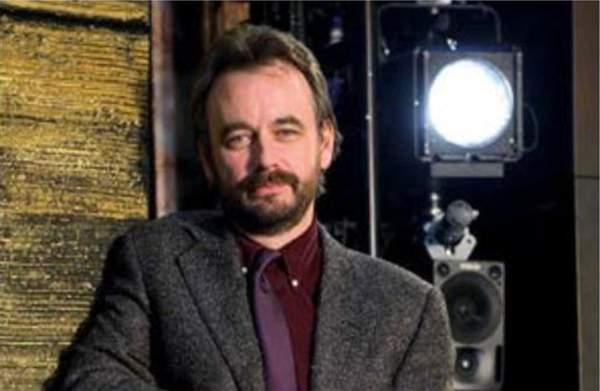 A life-changing voice: John Berry on bringing Pavarotti back to the stage

Leaving the h Club in Los Angeles in February with Anthony Lilley, my business partner in my production company Scenario Two, I was looking forward to spending the day in a recording studio listening to some initial musical ideas for an ambitious project. Our music director—an award-winning, innovative musician whose work fuses elements of classical, jazz and popular music (his name is under wraps until the autumn)—had three demos waiting for us, and they were hugely encouraging: looking back, the day seems a turning point. The challenge we had set ourselves? To bring the story of Luciano Pavarotti to the stage in the form of an ambitious commercial musical.

Arias by great Italian composers including Donizetti and Puccini were immediately reinterpreted in different guises all over the world within weeks of their first performances. Pavarotti, like Caruso before him, used these arias, together with the great Neapolitan songs, in ways that reached out beyond the opera audience. We hope our Pavarotti musical will do the same. To do this, we need to find the balance between preserving the authenticity of the Pavarotti material and ensuring the production attracts a West End musicals audience.

The choice of director, for a start, was crucial. Given this project is not an opera and neither is it for a niche audience, we needed someone with a commercial and creative hand who didn’t necessarily come from within the opera world. Michael Gracey, our director, was already known in Hollywood for his work making music videos and as a visual-effects artist when in 2017 he made his feature film directing debut with no less a movie than The Greatest Showman, starring Hugh Jackman, which grossed more than $430m at the box office. He was also an executive producer on the 2019 Elton John biopic Rocketman.

The success of our project will depend on our working closely with many collaborators. Co-productions and international partnerships have become a necessity across every genre of the arts, from TV and film to opera and commercial theatre. In opera, the co-producing model is not new, but over the last decade it has become much more popular. Reaching out internationally means that opera houses can share artistic ideas and gain joint access to busy creative teams. In particular, one can forge a new relationship swiftly through a trusted colleague. While I was artistic director at English National Opera I remember Peter de Caluwe, the Intendant of La Monnaie, Brussels, introducing me to the La Fura dels Baus team—which consequently resulted in our production of Ligeti’s Le Grand Macabre. My relationship with Dmitri Tcherniakov started with an introduction from Nikolaus Bachler, the Intendant of the Bayerische Staatsoper. Dmitri was in great demand, but the prospect of working jointly with Munich and the ENO, with the particularly long rehearsal period that ENO was able to offer, resulted in Dmitri making his London debut with his production of Simon Boccanegra, after which he directed ENO’s Lady Macbeth of Mtsensk. Strong relationships built on respect, trust and knowledge are crucial to bringing the many facets of this art form together.

There are many ways of sharing responsibility for creating a production. Splitting the costs of creating the set, props and costumes is the most common. However, many European opera houses have well-resourced workshops and they may agree to make the sets there themselves, at their own cost. For example, ENO’s relationship with Oper Bonn resulted in two projects, Julian Anderson’s Thebans and John Adams’s The Gospel According to the Other Mary, that would certainly not have happened without Bonn agreeing to build and pay for the set, costumes and props. It saved ENO many thousands of pounds per production and gave Bonn’s adventurous young Intendant, Bernhard Helmich, an opportunity to work with two great directors, Peter Sellars and Pierre Audi. Everyone was happy.

In fact, over the ten seasons from 2005 (when I became ENO’s artistic director) the company was involved in around 80 co-productions. Our productions of Madam Butterfly, Satyagraha, Porgy and Bess, Peter Grimes, Death in Venice, The Makropoulos Case, Katya Kabanova and many others were made possible only through our collaborations with multiple partners and international investment. ENO’s first Rameau opera—Castor and Pollux, directed by Barrie Kosky, his first new production in the UK—won an Olivier Award in 2011; it wouldn’t have been achievable without us teaming up with the Komische Oper Berlin. Multiple relationships with international houses enabled the company to present work to London audiences that otherwise would not have been possible. It also brought in many millions of pounds in international investment. ENO became one of the biggest exporters of artistic content in the UK, much of it led by British creative teams. Yet the importance of ENO’s international activity was rarely acknowledged by Arts Council England. It took Nicholas Serota’s arrival at ACE in 2017 to kick-start and promote the importance of international collaboration in the arts. As he said in one of his first public speeches, ‘International collaborations between artists improve the cultural offering available to us in England. They give audiences the chance to experience the finest artistic talent from across the world, while enriching the practice of artists and organizations here at home.’

Post-coronavirus, opera houses will be reassessing their futures and this model may well become even more crucial moving forward. Equally, in the world of high-risk commercial theatre, finding new ways to share the financial risk at the inception of a new project will become a priority if investors demand reduced financial exposure. I wonder, therefore, if opera and commercial theatre might develop ways of working more closely in the future?

Scenario Two’s strategy with last year’s new production of Adam Guettel’s The Light in the Piazza, starring Renée Fleming, took its lead from the opera model. A number of organizations, including Los Angeles Opera and Opera Australia , signed up to the production before the premiere. We have also been developing a musical with Terry Gilliam, with whom I had a successful collaboration at ENO leading to his stagings of
The Damnation of Faust and Benvenuto Cellini (both of them major international co-productions). This will be coproduced with a London theatre to be announced later this year.

Outside the opera world, the models for creating new work are numerous. Non-profit organizations such as the Young Vic and the National Theatre have transported their own productions to the West End, including War Horse and The Curious Incident of the Dog in the Night-Time, with commercial investment from individual producers and theatre owners. London’s innovative Almeida Theatre demonstrated, with such shows as 1984 and Ink, that it can create something small of the highest quality, build the scale and develop it for transfer to the West End and then Broadway. Partnerships involving regional UK theatres have resulted in projects such as Six—a musical picked up directly from the Edinburgh Fringe which has now become a global phenomenon. As Anthony Lilley says, ‘Every commercial theatre production is like a prototype product—but you have to test it with a full audience. While the returns can be very high, the risk is impossible to calculate and yet, every year, new and untried projects become global hits.’

Back to the Pavarotti musical. For a number of years, commercial producers have been seeking the stage rights from Nicoletta Pavarotti (Luciano’s second wife), the Pavarotti Foundation and Universal Music Group, where he was a long-standing Decca artist. When we met Nicoletta two years ago to discuss our plans for a staged musical there were several producers in London and New York pitching for the rights. However, we had made several creative decisions at the outset which resonated with Nicoletta and which tipped things in our favour. Most importantly, the musical would not be a straight biographical piece but would be inspired by the voice of Luciano Pavarotti, bringing his story to life through original recordings, focusing on the impact of his unique voice and the effect it had on people’s lives around the world. It would therefore be both impossible and unnecessary to cast an actor in the role of Pavarotti.

As we build the creative team, we continue to delve into the phenomenal Pavarotti archives, housed in Modena, and to discover stories from around the world about this extraordinary man. We hope to share updates with opera’s readers as the project develops. In the meantime, we are hoping the magazine’s wide and knowledgeable readership will help us with our research. And so, we want to ask: has your life been profoundly changed through encounters with Pavarotti’s voice, either through recordings or through a live performance? If so, please email us. We will be delighted to hear from you. We want to make sure that no stone is left unturned in our search for unheard stories about this great artist and man.

If you have a personal memory of a life-changing encounter with Luciano Pavarotti’s singing, or know of someone who does, please share it with the producers at Scenario Two by emailing [email protected]