This imaginative and delightfully playful new production of Stephen Sondheim and James Lapine’s INTO THE WOODS arrives as a timely celebration of the late composer’s remarkable impact on musical theatre.

In this production, a young girl playing with her grandfather’s toy theatre imagines an upside-down, fairy-tale world.  A baker and his wife must set out to reverse a curse which has left them childless and hunt down four magical items to lift the spell. On the way, they meet Little Red Riding Hood (plus a captivating Wolf), Rapunzel and Cinderella, charming Princes (and the obligatory, less charming, Stepsisters), Jack (he of beanstalk fame) and, of course, a Witch.

A world-class creative team led by iconic stage and film director Terry Gilliam, and co-director and choreographer Leah Hausman, brings this magical tale to life. Together with designer Jon Bausor and costume designer Antony McDonald, their vision and design created the most spectacular productions ever staged at the Theatre Royal Bath. 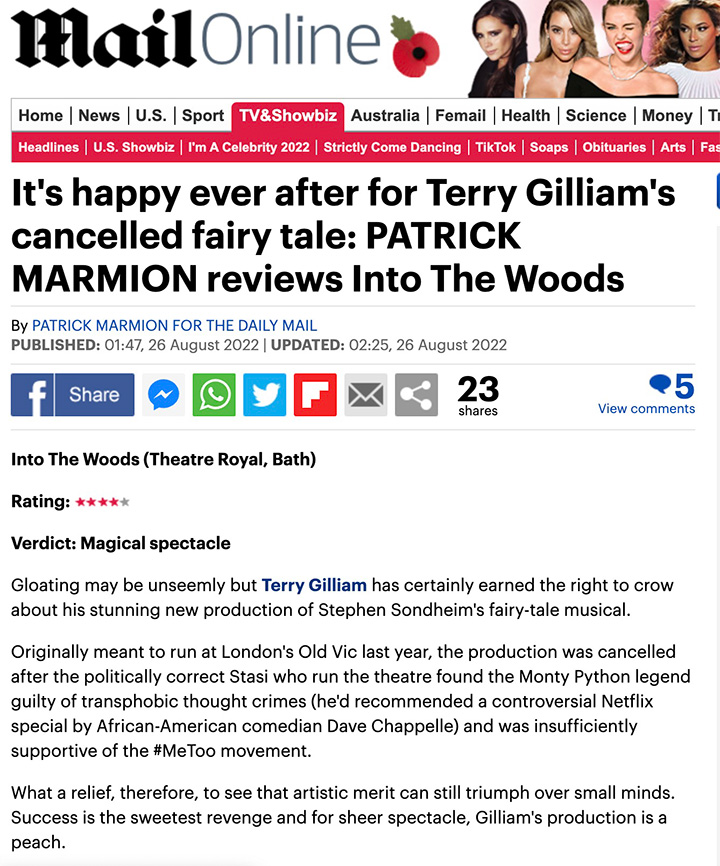 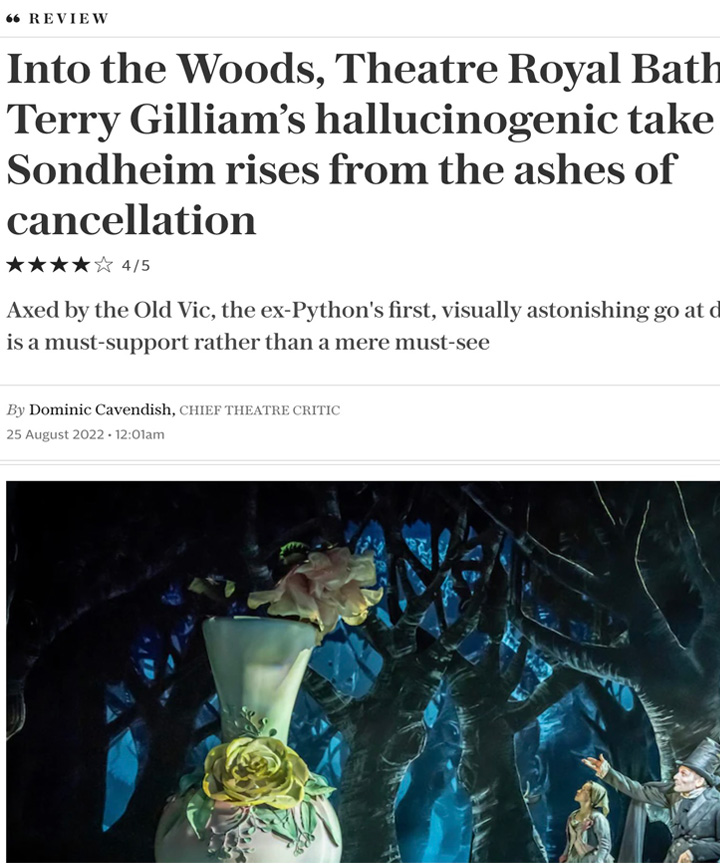 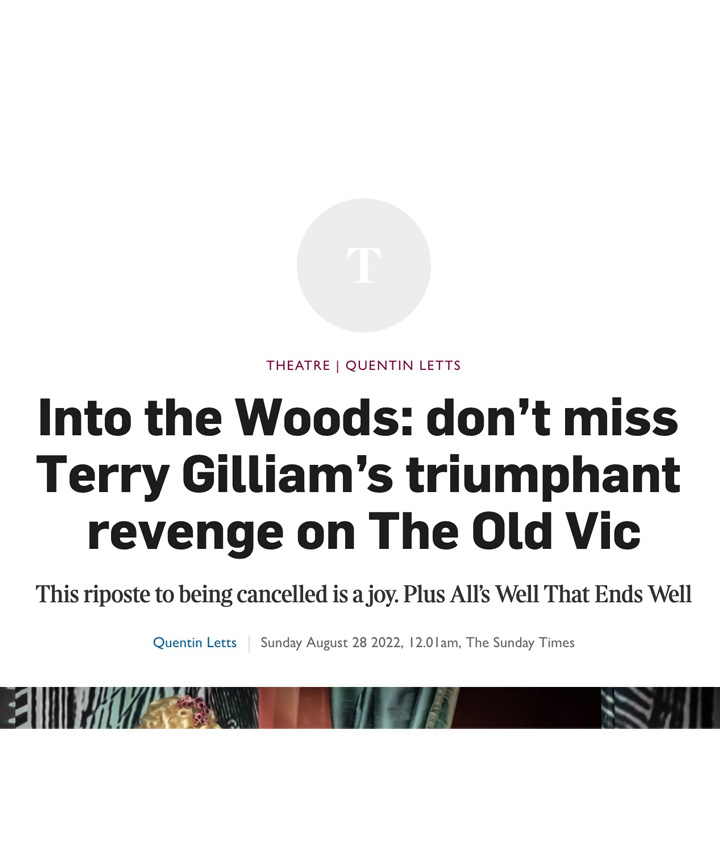 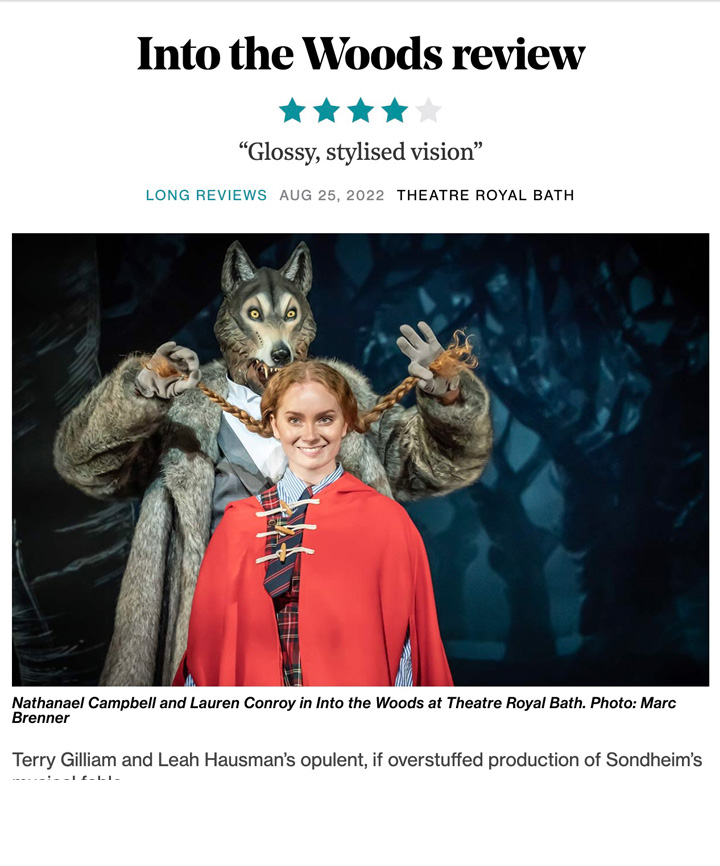 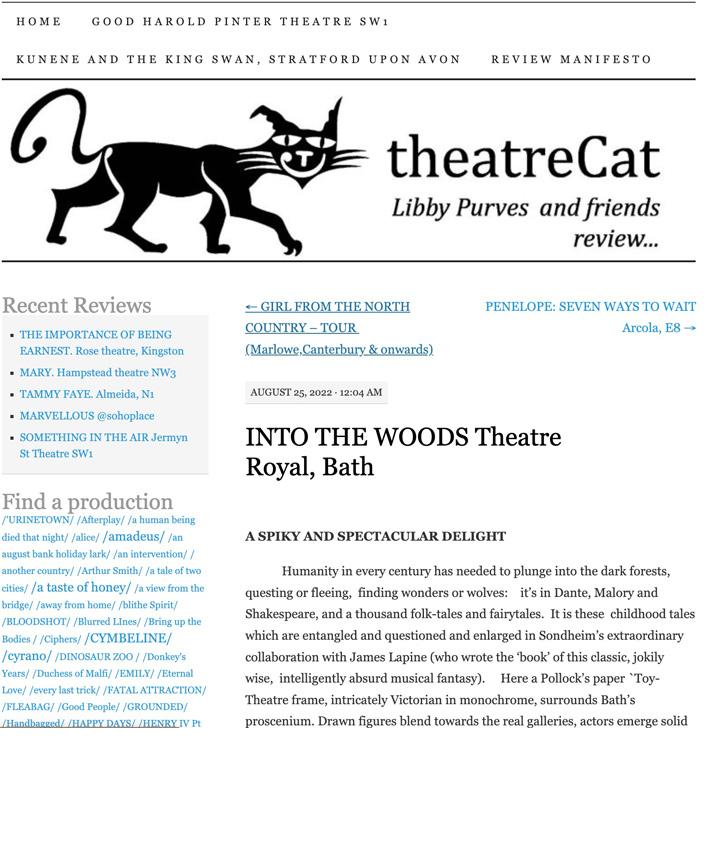 “A spiky and spectacular delight.” 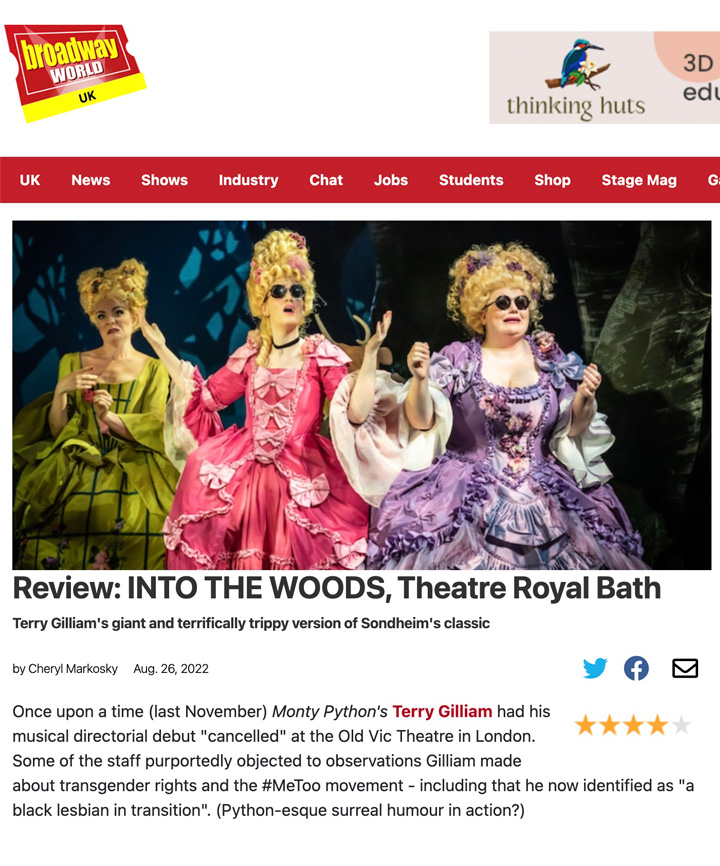 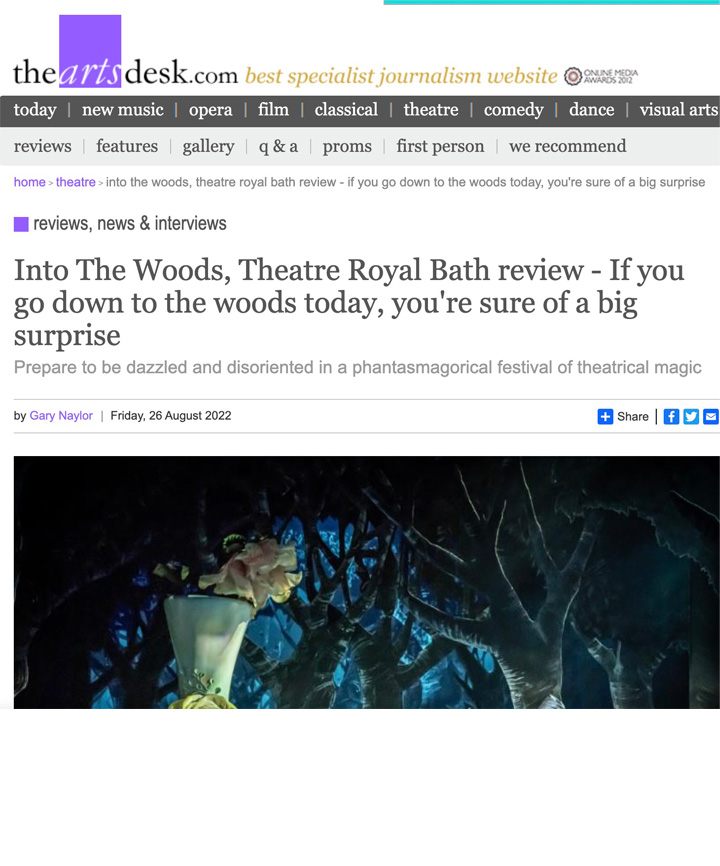 “Sometimes there’s a little magic in the air and strange, scary, saucy things happen when you go into the woods…”